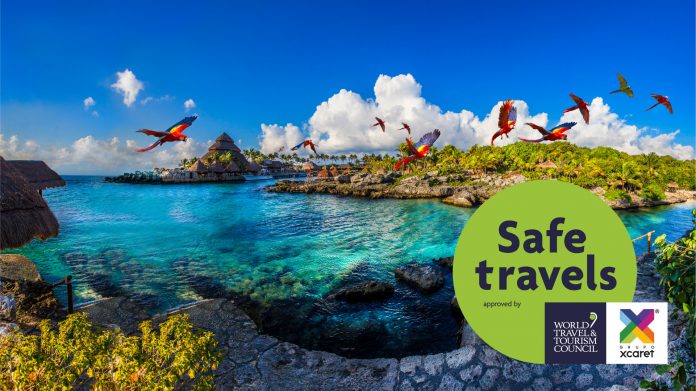 Riviera Maya, June 10, 2020. Grupo Xcaret, the leader in sustainable tourism in the Mexican Caribbean, is the first recreational company to be awarded the World Travel and Tourism Council (WTTC)’s highly-regarded Safe Travel Seal, for its compliance with standardized health and hygiene protocols in Hotel Xcaret Mexico and its eco-friendly parks and tours. The protocols outlined by the WTTC, which Grupo Xcaret fully complies with, have been put forth by international health organizations including the World Health Organization (WHO) and the Center for Disease Prevention (CDC) with the purpose of responsibly reactivating the tourism industry.

“At Grupo Xcaret, people have always been the backbone of our company, and these times are no different,” said Miguel Quintana Pali, president and CEO of Grupo Xcaret. “The last couple of months, we have been tirelessly working to create the 360 Xafety model, a robust plan of protocols and cleaning measures in accordance with those outlined by the WTTC, that we are implementing in all of our establishments to ensure a safe reopening for our guests, employees and other collaborators. We thank the WTTC for their trust and support in making us the first international recreational group to receive the Safe Travels Stamp,” he added.

“We are thrilled to award Grupo Xcaret, a tourism giant in the region of Quintana Roo, with our Safe Travels Stamp,” said Gloria Guevara Manzo, president and CEO of the WTTC. “Promoting safe and responsible travel is our priority right now, and we are confident that by partnering with likeminded brands such as Grupo Xcaret, we’ll be one step closer to safely reopening the global tourism industry,” said Guevara Manzo.

Several destinations such as Saudi Arabia, Barcelona, Cancun and the Mexican Caribbean, Portugal, Seville, Turkey, Jamaica, and Ontario have received WTTC’s seal. Grupo Xcaret is the first private company to receive it, setting an important precedent of the high standards tourism actors should be held to. 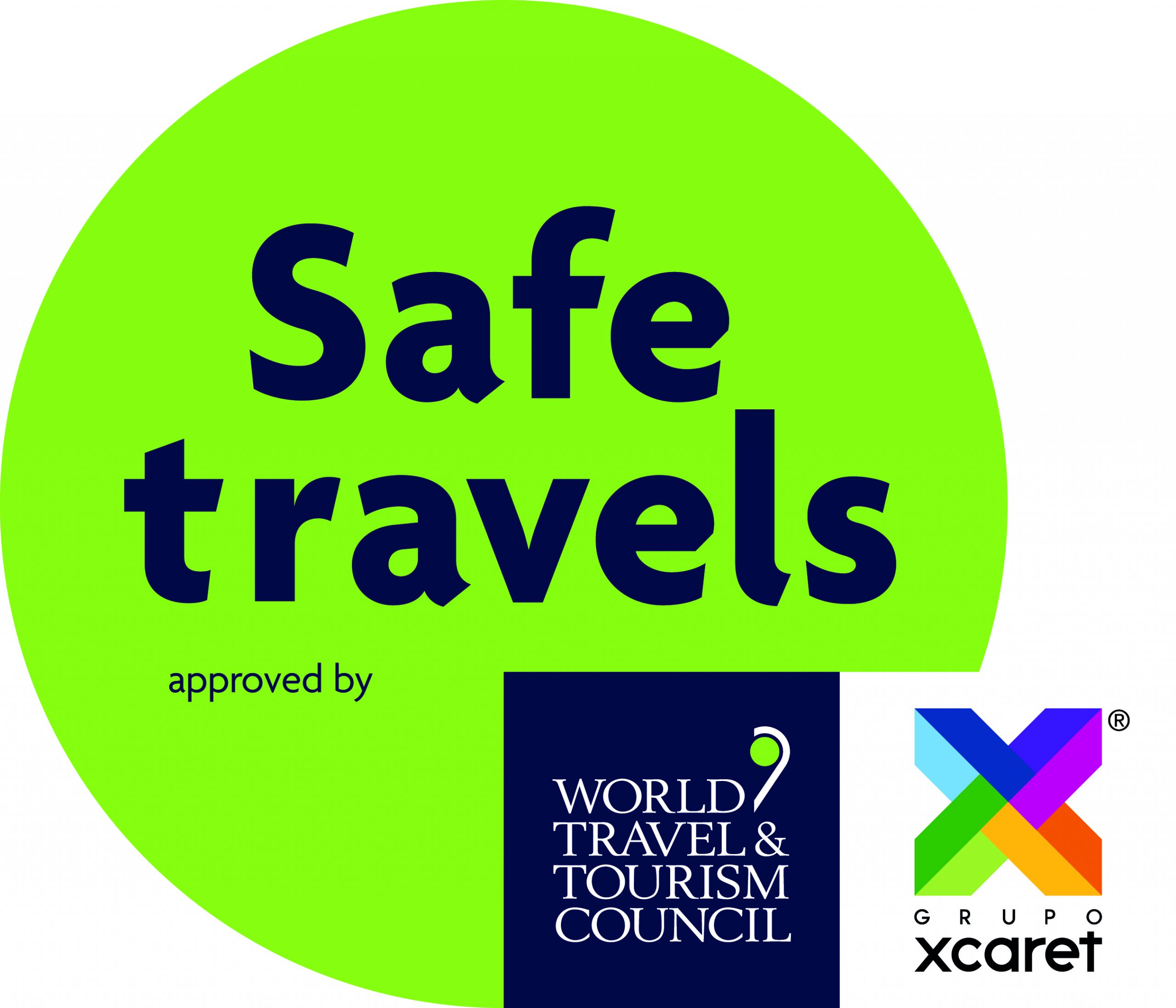 Grupo Xcaret provides unparalleled sustainable recreation activities inspired in their love for Mexico and respect for the environment. Their parks are one of the most visited in Latin America, also their iconic Xcaret Park, was recognized with the Liseberg Applause Award as the Best Park in the World during the International Association of Amusement Parks and Attractions (IAAPA) expo. Xcaret Park and Hotel Xcaret Mexico will reopen on June 15th, while the rest of the parks are set to reopen on July 1st.

The WTTC strives to promote the responsible reactivation of tourism, since the Covid-19 pandemic represented huge losses and the cancellation of 100 million jobs in the sector globally.

For nine consecutive years, tourism outpaced the growth of the world economy, and in 2019 alone contributed 10.3% of global GDP and was responsible for generating one out of every four new jobs on the planet.

Grupo Xcaret is a benchmark for sustainable recreation in Mexico and around the world. The group’s business offers visitors unique and unforgettable experiences, through unparalleled products and services that highlight the best of Mexico and are respectful of the environment. Grupo Xcaret has three business units: Parks, Tours and Hotels. Parks include Xcaret, operating since 1990, Xcaret, the original park, contains more than 40 attractions surrounded by the jungle, coves and underground rivers. It offers exciting shows, as well as cultural activities that promote Mexican traditions. The other parks and tours are: Xel-Ha, an ecotourism aquatic park; Xplor and Xplor Fuego, parks featuring ziplines, ATVs and underground rivers; Xenses, a sense-themed amusement and activities park; Xoximilco, an attraction that pays homage to Mexican culture, traditions and gastronomy; and Xavage, the latest addition to the Grupo Xcaret portfolio, an adventure park that opened in April 2019. Tours include Xcaret Expeditions, tours to archaeological and cultural sites in the Yucatan peninsula, including the Chichén Itzá, Cobá and Tulum pyramids; and Xenotes, a nature tour in the Mexican jungle to visit cenotes. Hotels includes Hotel Xcaret Mexico, opened in December of 2017, and a plan to open 6,000 additional rooms, a convention center and a shopping mall in the next few years.